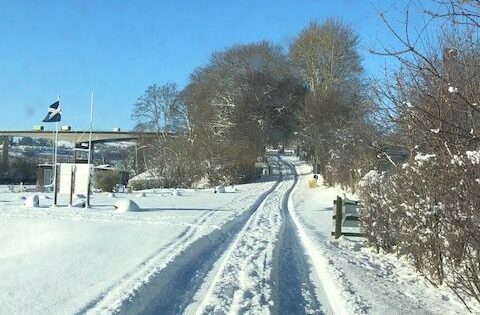 We had a dusting of snow on the 1st, but for most of that 1st week it was to be colder wetter days and a steady river. 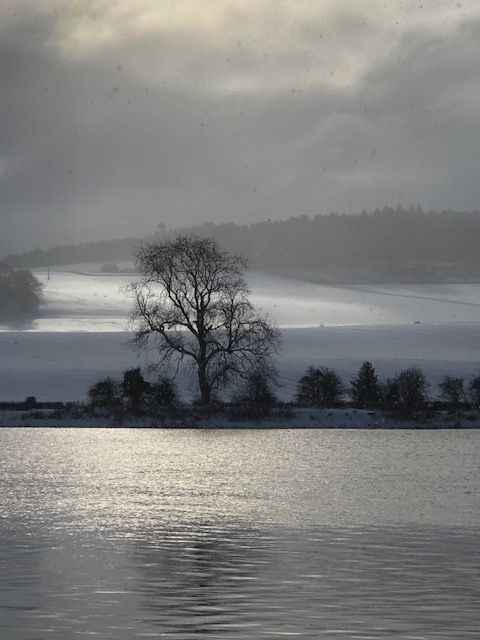 Then it was all change after that in what proved to be quite a month for extreme weather. 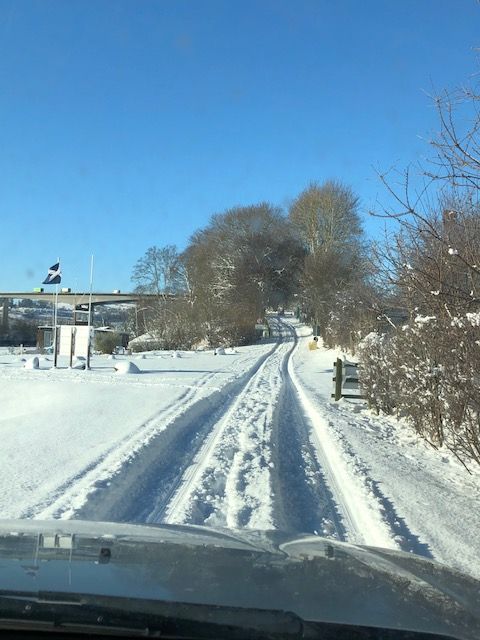 By the end of the 2nd week we had a fair bit snow and plummeting temperatures, the snow lay deep for days with the mercury hit minus 14⁰C one morning, 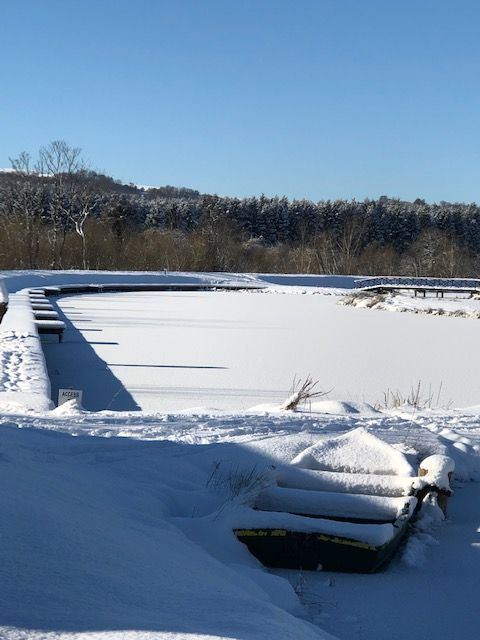 then just over a week later the snow was gone leaving over twenty feet of spate registering on the gauge up at the Cargill rod beat. 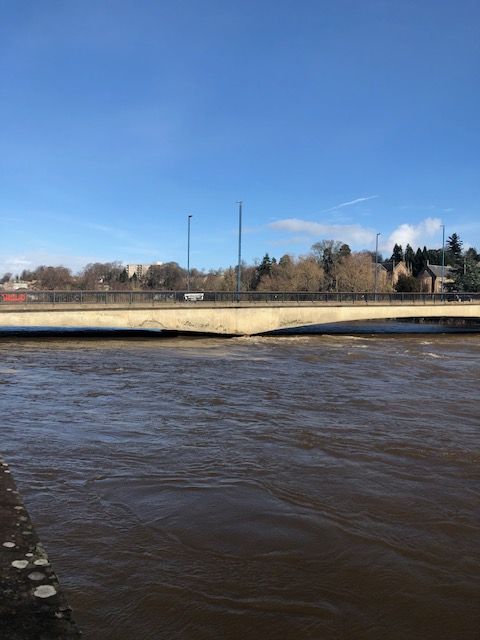 The temperature had risen up to over 10⁰C by this time; quite a dramatic shift in such a short time! After such a cold snap the bees were soon back out of their hive enjoying this bit of warmth. 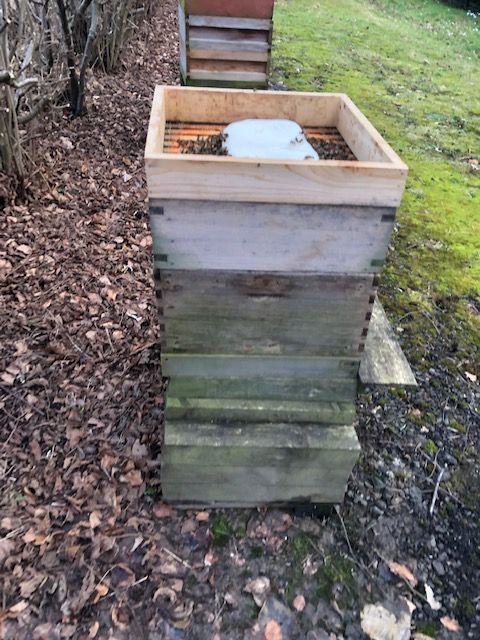 they were all over the snowdrops and the heathers for a while but they still got a top up of winter feed put into the hive to keep them going. 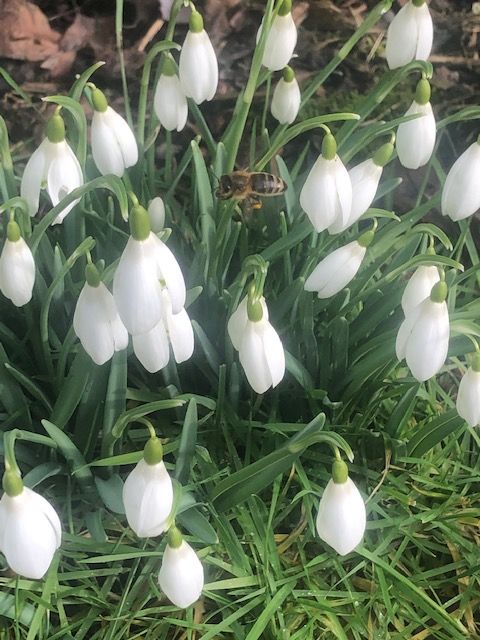 During this spell the birds were very busy round the feed stations as there was not a lot for them to get at with all the deep snow and frost.

We are starting to see more Shell Duck and the odd Snipe moving about the estuary again, and it was good to see a small flock of about 20 Redshanks one day too. We have been getting the odd sighting of the otter lately and are seeing the seal most days just now, the ducks will be glad that the shooting is finished for another season again. 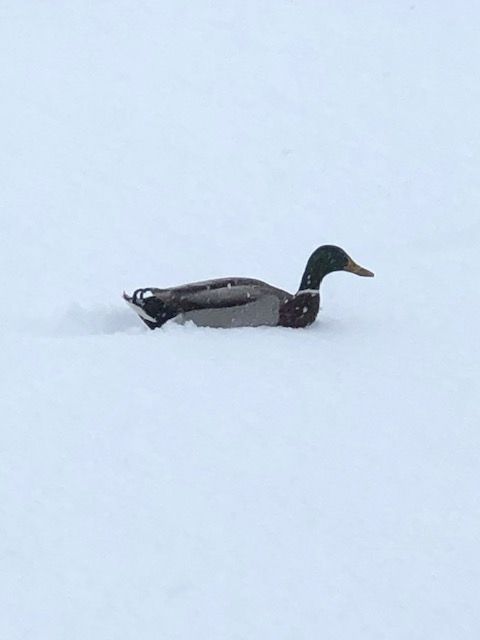 The weather has dictated some of the work schedule this month with inside jobs being welcomed, there has been some painting done and a bit more patching up of old nest boxes again. 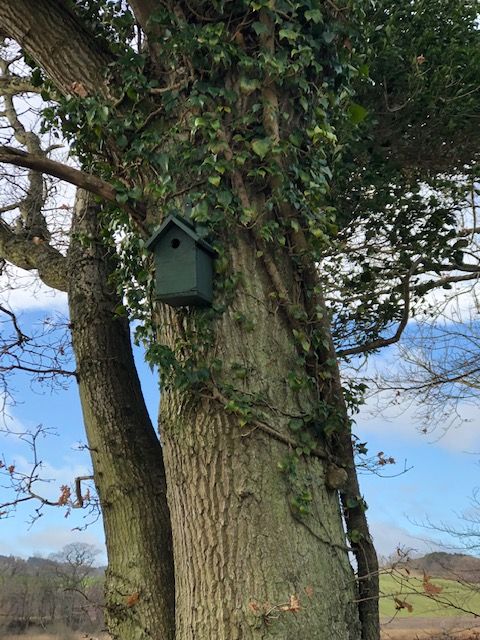 On some of the better days there was a bit more hedge cutting, and pruning done, and we have had a general tidy up in some areas. 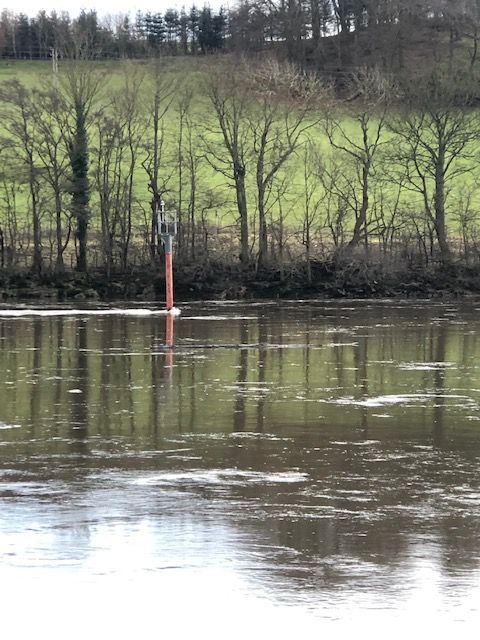 As the month ended, the river was back sitting about 6 feet above summer level and we were enjoying a decent spell of dry mild calm weather, long may it continue!