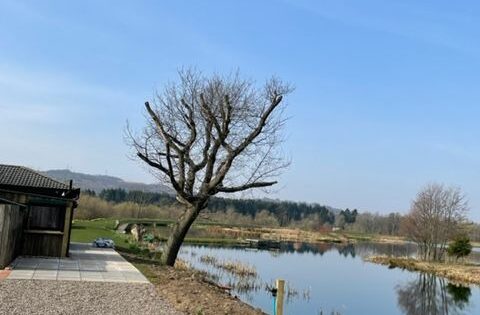 We had a frosty start to day one of this new month but it was not long in warming up as the day progressed. The river level was either side of the five foot mark on the rod beat gauge for the best part of the first two weeks before a quick spike took it up to around the ten feet mark on the 13th before quickly dropping back down again. 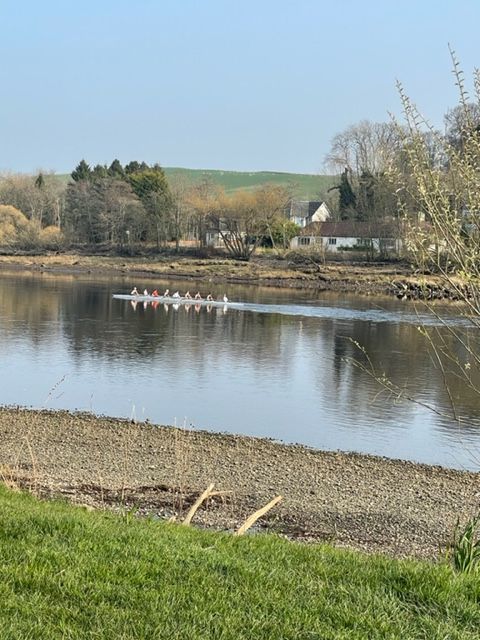 It has been a busy month but the good weather has let us get on with a lot of the preparation work being done as we get ready for the café opening up around mid-April. The decorating and the electrical work is pretty much done now, and outside the road has been tidied up, the slab work attended too, 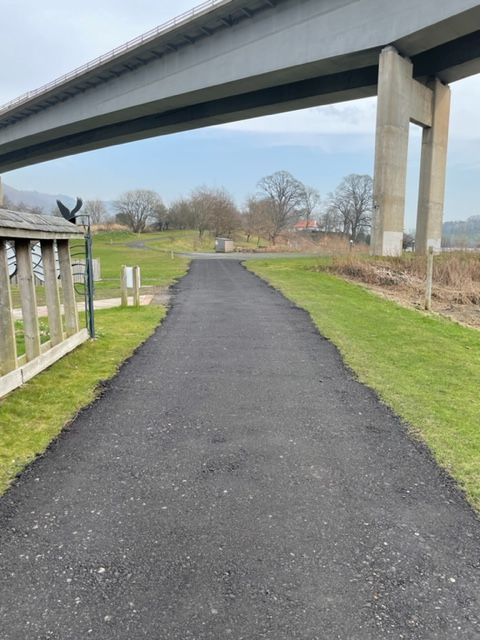 the tables and benches have all been treated and the new appliances are beginning to be set up. 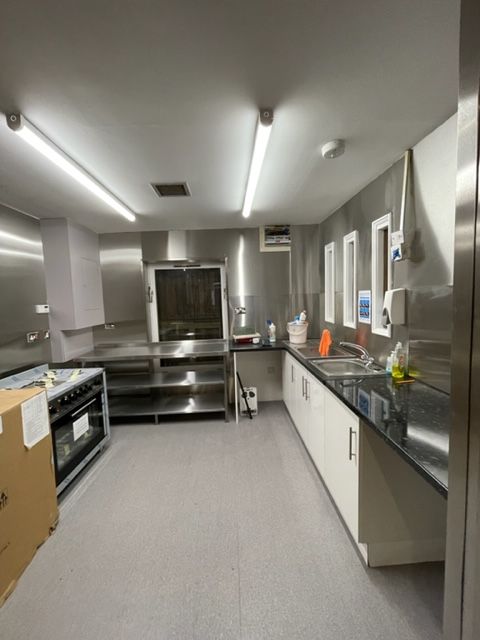 The log bays are getting topped up with split logs for the wood burning stove and there has certainly been plenty of interest shown on the cafe opening up again. 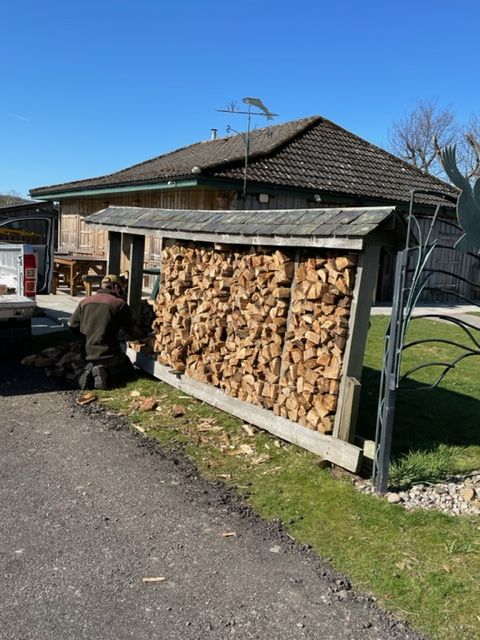 Things are picking up down at the Activity Centre and the new archery sight has been tried out and tested a few times now. 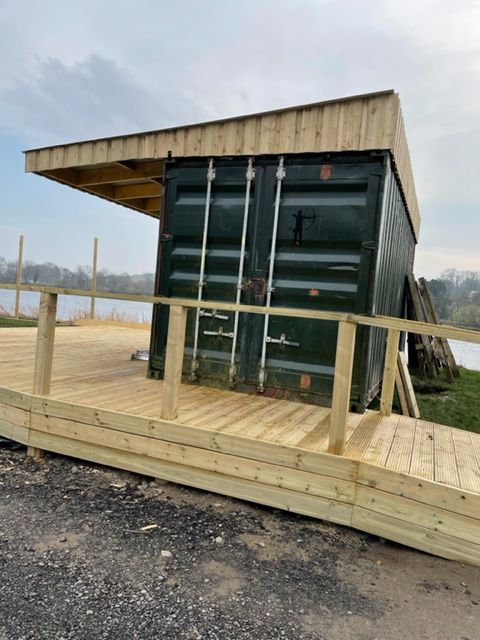 Everybody has been making the most of this decent spell of weather whatever activity they have been booked in for.

Things are picking up on the river too with a few fish making their way up through the system and it was good to see Cargill getting off the mark on the 2nd with a lovely spring fish. 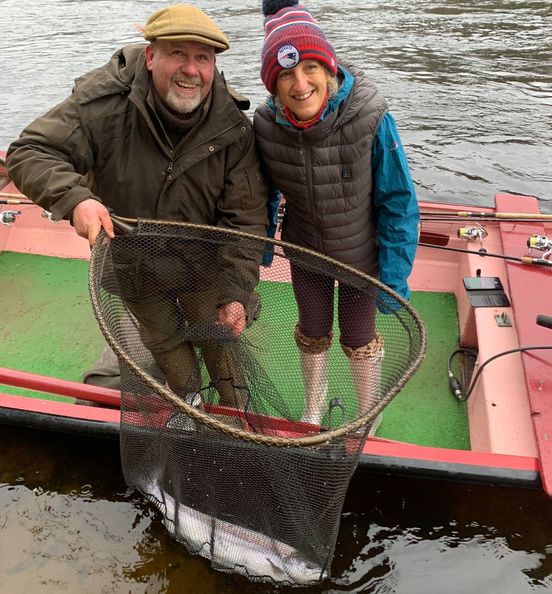 We are seeing some movement of birds on the estuary now, with plenty geese on the move overhead, the birds are beginning to get busy round the bird boxes and the swan is busy building its nest up at the island on the fishery pond. 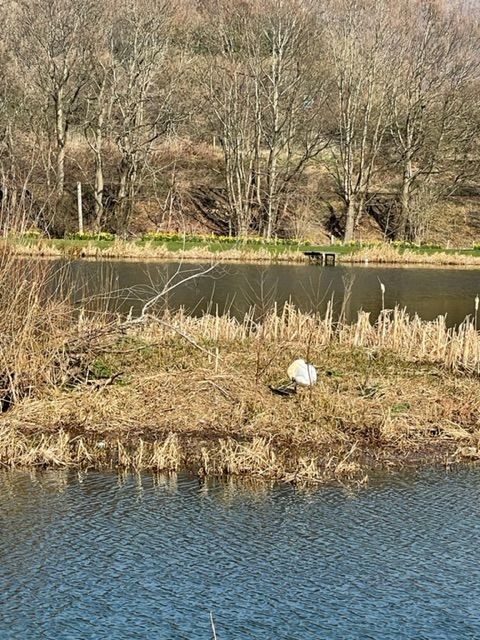 The ospreys are back in Scotland now and there have been sightings of House Martins just down the road in Stirlingshire. The warm spell into the second half of the month has seen the bees busy out of the hives; plenty of butterflies about and the wild primroses are well through in some areas now

and there were certainly more people out enjoying the river too, 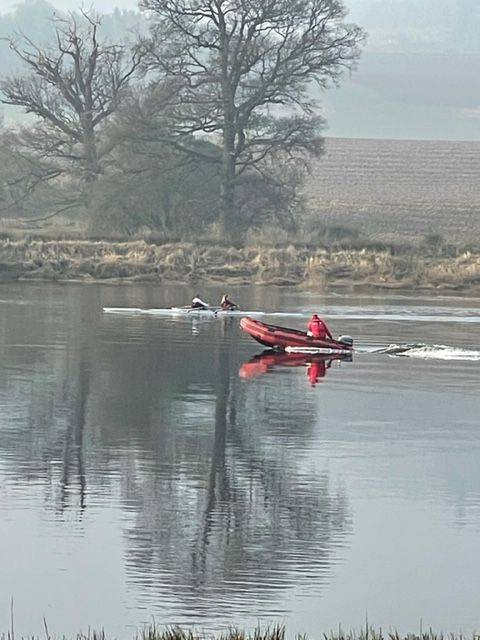 but it was to change back to colder weather again for the last couple of days with some frost and light snow! And the river level was sitting around the two feet mark above the summer level.