We had a cold dry day with a touch of frost to start us off this month; a cooler dry spell that was to stay with us for a while, and out on the river there was a little spike … 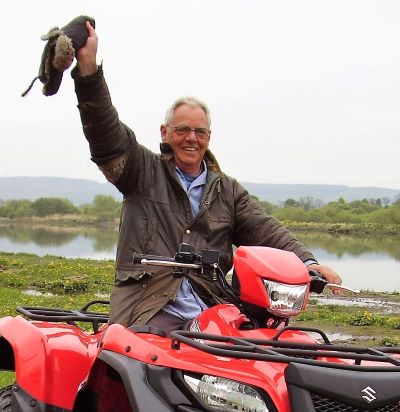 As a young Lad, David would work helping to repair nets on the banks of the Tay receiving his first wage packet from the company at the age of 7. This passion would see him acquire The Tay Salmon Fisheries Company several decades later.

David had a vision for Tay Salmon once the netting had ceased which he worked on tirelessly for years with the help of Dago, reclaiming neglected banks and foreshores to encourage wildlife back to the river. Planting native trees and flowers along the miles of footpaths he had built with his mini digger. Clearing the river system of rubbish, David would be found on the banks of the river Tay & Earn seven days a week, one of his favourite sayings ‘'every day is a Monday''.

David's passion and hard work saw him set up the Tay & Earn Trust along with the opening of the Willowgate Café & Fishery and more recently the Willowgate Activity Centre. The Trust promotes everything David stood for, access & inclusion for all, education of the river, wildlife and its habitats, traditions & history.

David's vision and work continues through TSF & Tay & Earn Trust and will for generations to come.

A great Father, friend and a truly inspirational man, much loved and missed dearly by his family & friends.

Net fishing on the Tay started several hundred years ago and by the mid 1700's, had become a huge business with exports to several countries.

The Tay Salmon Fisheries Company was established in 1899 by P.D. Malloch who bought up the fishing rights along the river and estuary. By bringing them under one umbrella it became one of the biggest such operations in the country.

Malloch may be said to have gone further than any other man in explaining the life history of salmon and trout. His knowledge of the movement of these fish and of the flies and insects consumed by the latter was vast. In his later years he became a great authority on all matters relating to salmon and trout.

He was the first to study the importance of scale markings on salmon, and proved that every period passed in river or sea could be explained by markings on the scale themselves. With his encyclopaedic knowledge of insect life, it is not surprising that he achieved much renown as a fisherman.

Today's Chairman David Clarke has also the Tay running through his veins. As a young lad he would help repair the nets and carry out routine work with his Grandfather David Bissett who was Gaffer at the Flukie fishing station. After receiving his first wage packet from the company at the age of seven the passion would see him acquire The Tay Salmon Fisheries Company several decades later. With the netting now ceased on the Tay until 2096 it was clear that the habitats were being lost on the riverside due to no maintenance being carried out by the netsmen. It was at this point David Clarke turned his thoughts to ways of making the river sustainable - paying for itself by becoming an environmental / leisure / craft-based organisation. 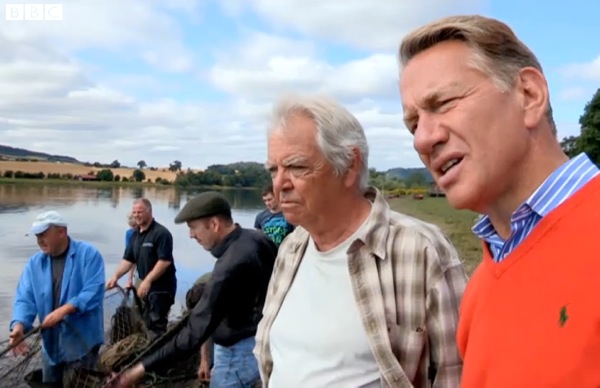 In the televsion programme Great British Railway Journeys, Michael Portillo spoke to David Clarke about the history of the River Tay, the explosion of Salmon fishing in the Victorian era and how work carries on today to preserve Salmon stocks. See the clip on BBC iPlayer until 7th February 2013.

The Inner Tay Masterplan provides a framework for sustainable development along the inner Tay and its environs which promotes regeneration and the integration of development proposals.

The Masterplan includes a number of key projects which are grouped into 4 main themes: Access and Infrastructure; Leisure and Sport; Environmental and Cultural Heritage; and Biodiversity, Interpretation and Access.