The 1st day of the New Year started well with a nice dry bright calm day and we had a few Aconite appear over the holiday period which were out on display as we returned to work. This weather pattern was to continue for the first week with the mercury getting up to 10⁰C on a couple of occasions. 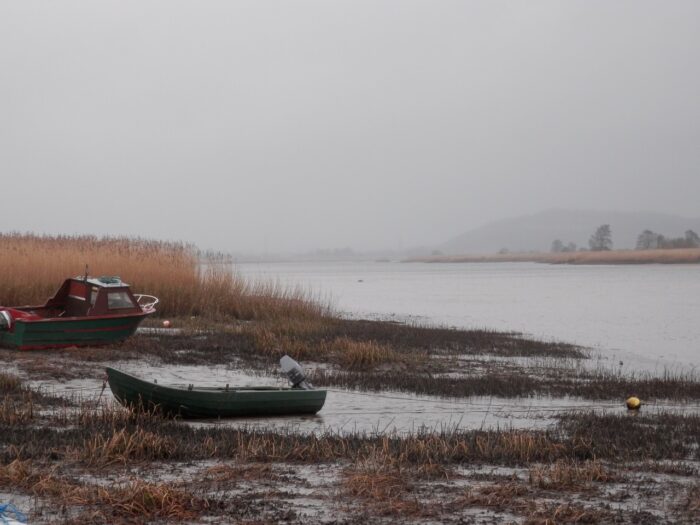 The river level started the month sitting about 5ft above summer level, but there was a fair bit of spate in between at times, with the level peaking twice at just over 10ft! The big water did not make for an ideal start to the new salmon fishing season on the 15th but there was a good turnout on opening day as there always is. 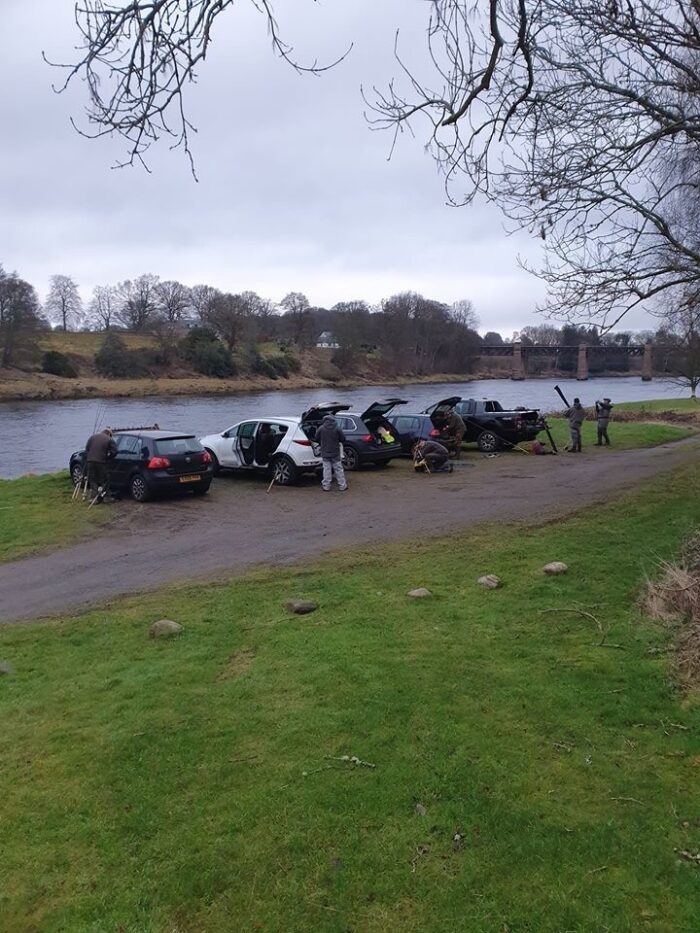 The water did settle back a bit for the anglers as the month progressed and although there have not been too many springers landed off the river, there has been a bit of sport for them with a few kelts being landed some days. 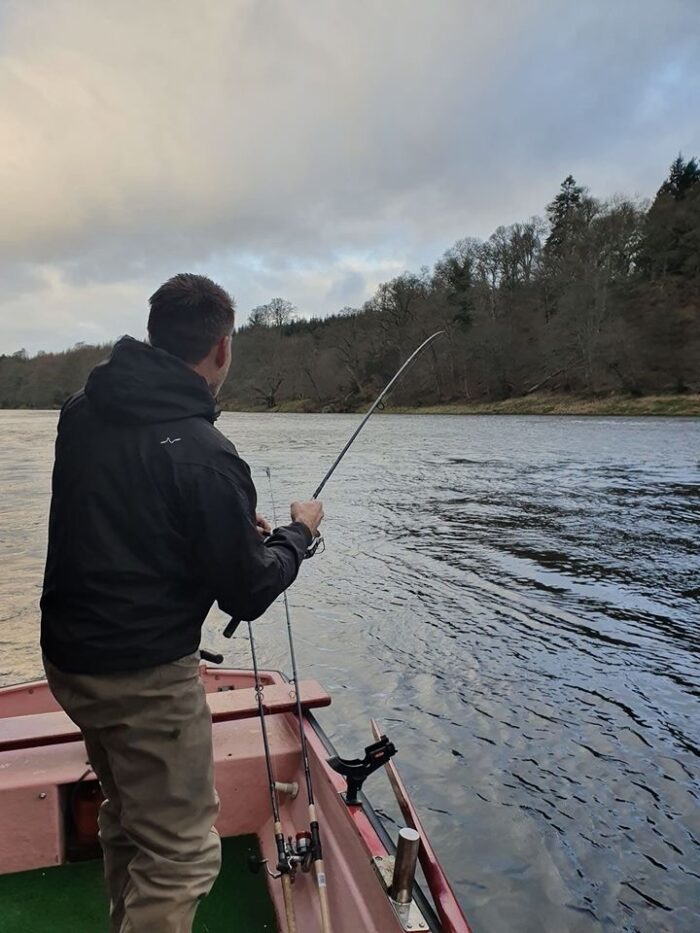 On the job front on the estuary this month it has been a bit of a mixed bag with a bit more cutting and clearing along some more of the pathways, the pole saw was used to cut back higher overhanging branches that were catching on the tractor. 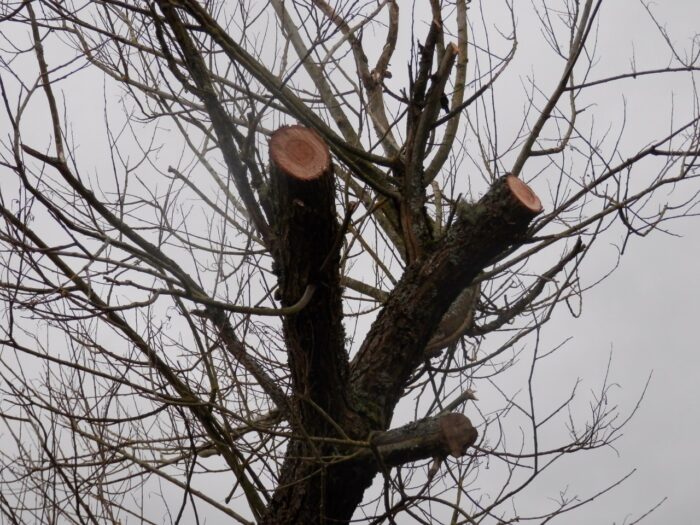 There has also been a trip down to the old boatyard at Newburgh where we have been giving one of our old rod cobbles a bit of an overhaul. The underside has been given a lick of bitumen paint, ready for some new landings being put back on it, before it goes back into the water.

After some stormy weather we started to see some movement of birds again along the estuary and we finally had our first Whooper on the 28th, now up to seven by the end of the month. 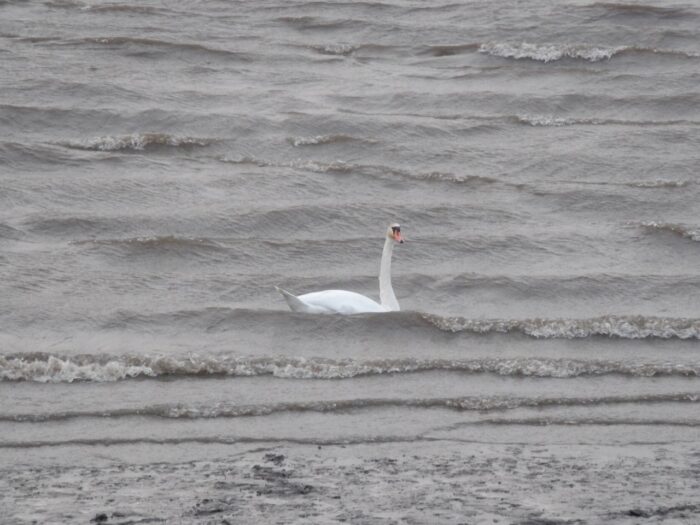 There was the odd Guillemot sighted that had been blown off course, Lapwings and oyster Catcher are appearing back in good numbers and we are seeing quite a few bullfinch again. 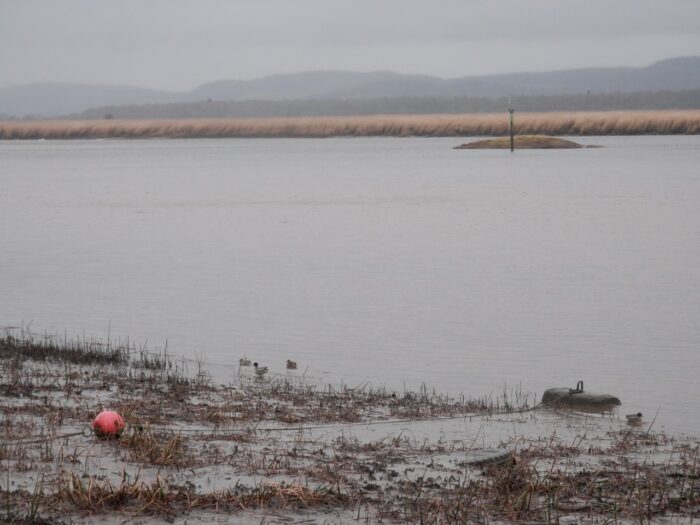 Things are beginning to move in the ground too with the snowdrops showing up well in places now and there are the odd buds beginning to form on some of the shrubs. 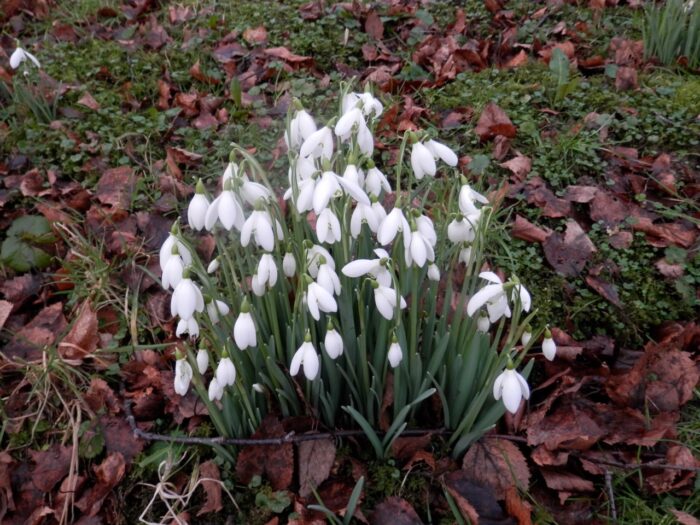 There was even some snow on the hills towards the end of the month as things started to get much colder again but gales and milder weather saw more spate coming out on the system with the river level rising towards the seven feet mark as the month ended.